English (US)
“You don’t know what
it’s like to be in a room
designed to kill you.”
Evanna Lynch
Actor

A unique immersive experience
into the lives of farmed animals

Animal Equality is an international animal protection organization that works in 8 countries in Europe, America, and Asia.

Animal Equality carries out investigations to shine a light on the abuse suffered by animals raised and killed for food.

Animal Equality has pioneered a cutting-edge experience in animal protection. iAnimal is a virtual reality project that creates a 360 degree, immersive experience in which the viewer is transported inside factory farms and slaughterhouses.

The animals we eat suffer from the time they are born to the time they reach our plates. iAnimal allows the viewer to access the day-to-day abuses that are hidden from the public by the agricultural industry.

This project includes footage obtained over the last 18 months during our investigations into factory farms and slaughterhouses in Mexico, the United Kingdom, Germany, Spain, and Italy.

We are bringing the iAnimal experience to college and university campuses in the United States, the United Kingdom, Germany, Spain, and Italy.

iAnimal: Through The Eyes Of A Pig

iAnimal: 42 Days
In The Life Of A Chicken

SUPPORT
"Animal Equality’s groundbreaking iAnimal project allows viewers to immerse themselves into the shocking reality of animal agriculture. My hope is that many people will see this investigation and in turn choose kindness over cruelty."
Tony Kanal, Musician
"Something extra-powerful comes across in VR. The heightened visual closeness brings about heightened emotional attunement and, thus, the true extent of the cruelty to individual, sentient animals."
Barbara J. King, NPR
"Virtual reality takes you to a place industry tries to keep secret."
Jane Velez-Mitchell, Television Journalist and Author
"To watch a poor sow, locked in a cage, unable to move or turn around, in a facility housing many others… a breeding facility. Lying in her own waste, unable to enjoy contact with her piglets other than by suckling them is both harrowing and heartbreaking. The experience places you in the facility, it is unforgettable."
Peter Egan, Downton Abbey Actor
MEDIA CONTACT
[email protected]
[+1] 424 250 6236

If you are interested in using iAnimal in your current outreach, please email Dane at [email protected] to learn how. Please note that we receive many requests and we ask for your patience in getting back with you.

Select your experience
Allow one of our compassionate celebrities to guide you on your journey. 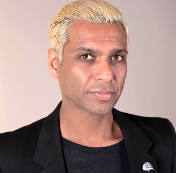 Through the Eyes of a Pig
Tony Kanal - Musician

On factory pig farms terror knows no boundaries. From the day you are born your fate is already sealed: you will be killed. Our team of investigators documented cruel but standard conditions across seven countries in order to take you to a place the meat industry tries to keep secret.

Will you enter the world of factory farming? 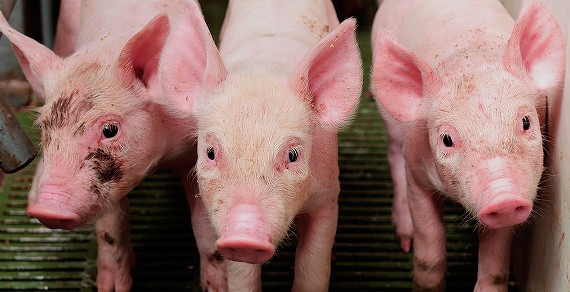 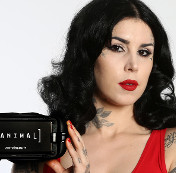 Imagine you’ve just been born into this world and you have no one to keep you warm. You are all alone. Just one among billions. And your life will only last long enough until you’re big enough to slaughter. This is the stark reality for billions of chickens around the world. 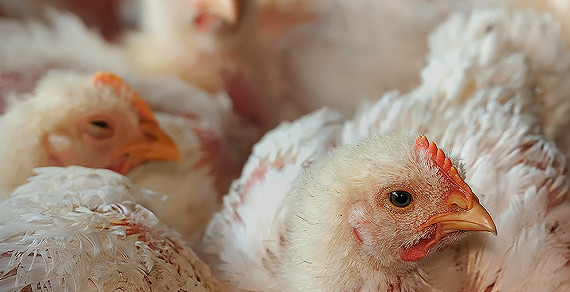 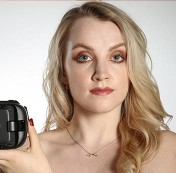 Few have witnessed the unimaginable suffering of cows and their calves on dairy farms, where a cycle of cruelty affects entire families. Our team of investigators transports you inside this secretive industry to share the heartbreaking stories behind every glass of milk.

Will you be a witness? 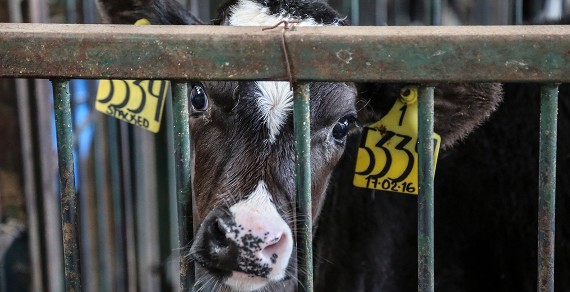